President Jonathan’s critics got into government and performed worse. Let’s name them. 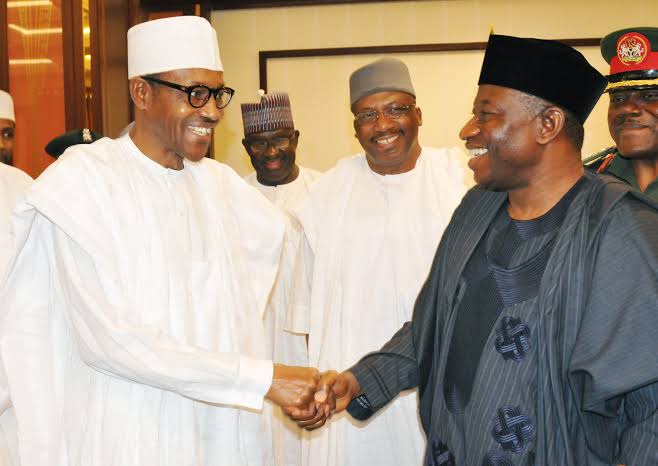 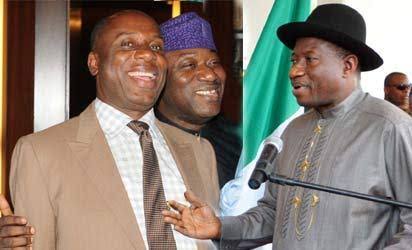 They called me Government critic, but I’m just a Journalist asking questions, to enable everyone hold each government accountable. They are public servants after all, not lords or monarchs. And I have stayed consistent, asking the same questions, of each government.

But a lot of Politicians who criticized President Jonathan, along with us, never letting him drink water and dropping his cup, who are now in government; have performed abysmally.

They make President Jonathan look like a genius; governance look like rocket science; and the rest of us look foolish, for believing they had solutions.

It seems Nigerian Politicians just make noise when they are out of government. Ordinarily, they ought to stay away if they don’t have solutions to the issues they criticized, but most of them have nothing else to do, than to retire into government positions and be taken care of, with taxpayers’ money.

If we start to name them, we will write a new Bible; and there still won’t be space. Most of them say, we criticise because we don’t know that governance is hard. I agree. But that is why I’m not a politician. If Nigeria is too big and too complex, to be governed from Abuja, maybe we should break up into regions.

That way, no one will be shouting marginalization in appointments into key government positions. Also, each region will be able to focus on her human and material resources, to develop and grow. Something Abuja has found difficult to do.

We focus on Petrol dollar and taxation, as major sources of government revenue and forget all the other minerals, that we have, scattered around Nigeria’s underbelly.

The world is moving away from crude oil as a major source of power, but we are still searching for oil in the North. It’s like searching for Coal mines in 2020. 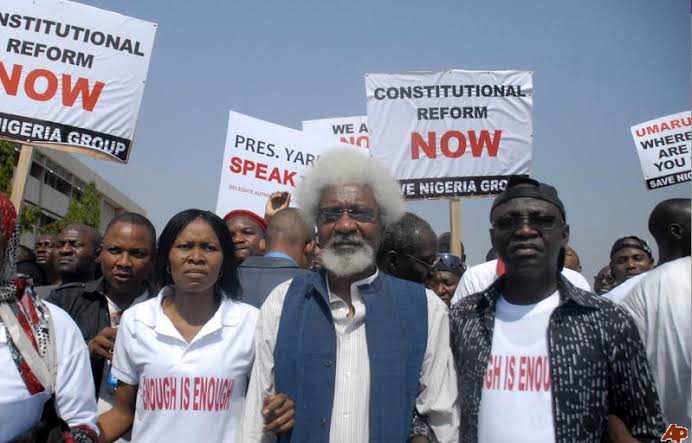 So, I started monitoring all the critics of former President Jonathan, and found that the ones in government are performing worse; the ones outside government are pretending not to notice that things have gone from bad to worse. 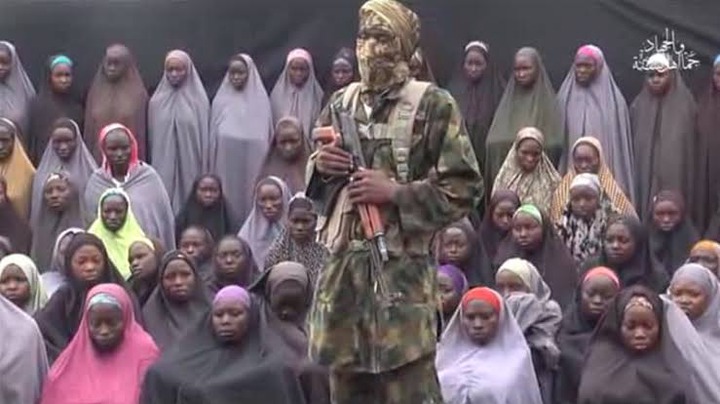 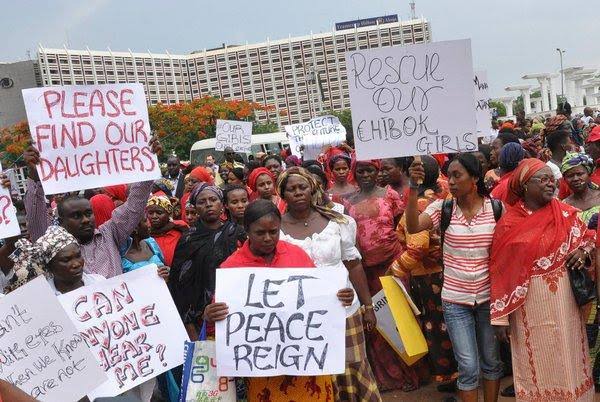 April 14th, 2014, saw the height of it, with the abductions of school girls in Chibok. Lack of quick information dissemination, slow Government response and seeming lackadaisical attitude; made the world go up in arms against the government. “Bring back our girls”, became a global slogan and I believe the President lost his re-election in 2015, majorly because those girls were never found by his government. 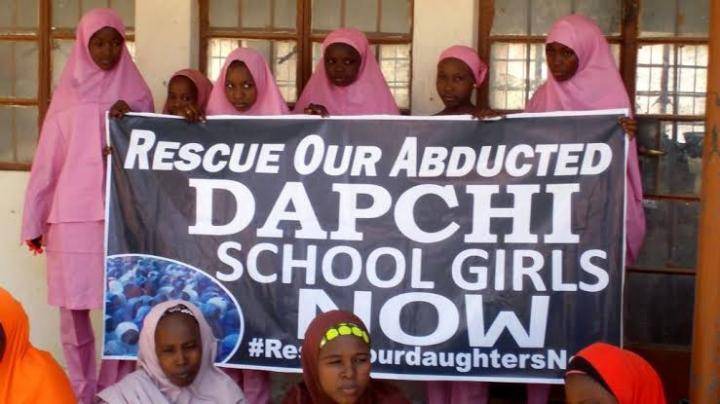 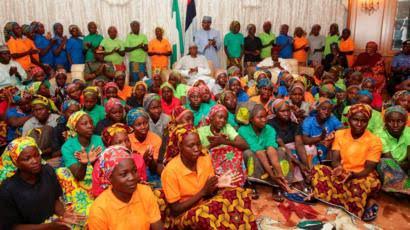 Fast forward to 2020, the government of the APC, that campaigned using the Chibok girls against the previous government; haven’t brought back all the girls and Leah Sharibu, that was abducted along with other Dapchi school girls, who was left behind, forcefully converted to a Muslim; has reportedly given birth in captivity, fathered by Boko Haram Commander.

We now have factions of the terrorist organization, as there’s now the Islamic State of West African province (ISWAP); also operating in Nigeria, asides from Boko Haram.

The Government that promised to end Boko Haram in 3 months, now has more than Boko Haram to contend with.

And when you contend with them on these issues, not half as much as they criticized the previous government, they go up in arms. The President’s spokesperson, Femi Adesina, had Twitter agog yesterday, after reports came out that he told the Christian Association of Nigeria (CAN), to be grateful, that we no longer have bombs going off regularly. 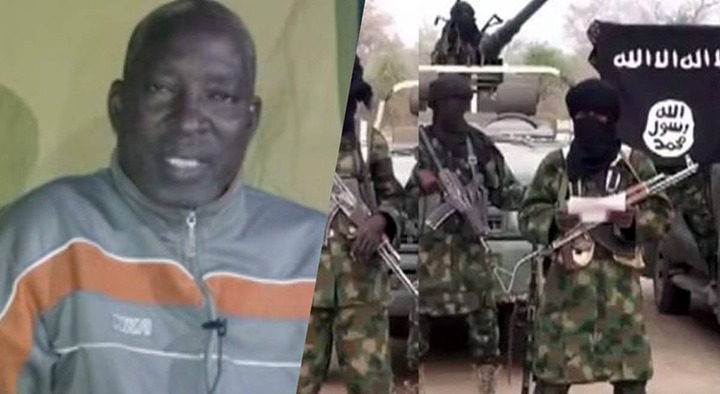 That was Mr. Adesina’s “brilliant” response to CAN, complaining about the beheading of the CAN Chairman in Adamawa. People had to ask him, should we be grateful that people are just being beheaded, rather than bombs going off? Preposterous!

Boko Haram has caused over 35,000 deaths, 22,000 people missing and millions displaced; since 2009. In a few weeks of 2020, aid workers have been kidnapped, a Plateau Student killed by a child-soldier, which was recorded on video and quite a number of soldiers, were also killed in terrorist attacks.

If anyone at all, had been beheaded in the Jonathan Government, this same people, then in opposition; would have petitioned the world, dwelling on the issue for weeks. They knew how to make the previous government look clueless, but now, they have perfect excuses for performing worse. 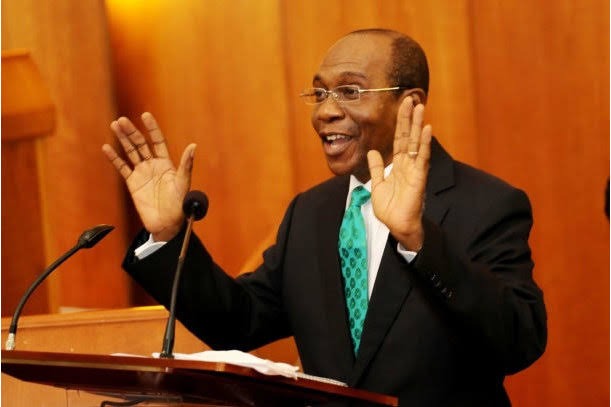 While the government keeps telling us, we are making more revenue through Customs, JAMB, etc. We still want to borrow $30 Billion, even though our current budget has more than 25% of it, as servicing previous loans.

We still depend on foreign aid for Health and education, which is the government’s explanation for the low budgetary allocations to both sectors. Yet, we want to renovate the National Assembly complex with N37billion.

Lawmakers even complained that N2 million each, was too small for Christmas bonus. Rich representatives of poor citizens. Amazing!

President Jonathan’s Government rebased our economy in 2013 and Nigeria became the biggest economy in Africa; ahead of South Africa. Critics said that amounted to nothing; when you compared our Gross Domestic Product (GDP) to population of over 170 million! 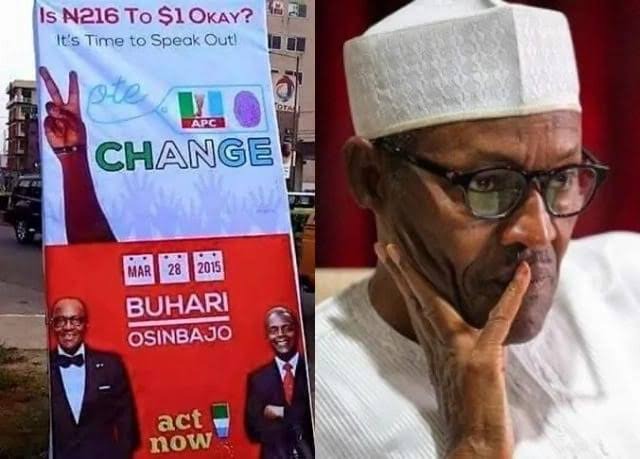 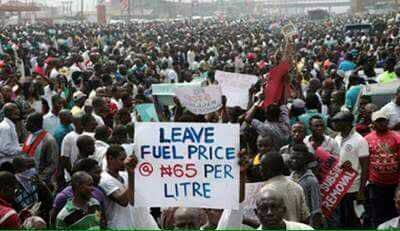 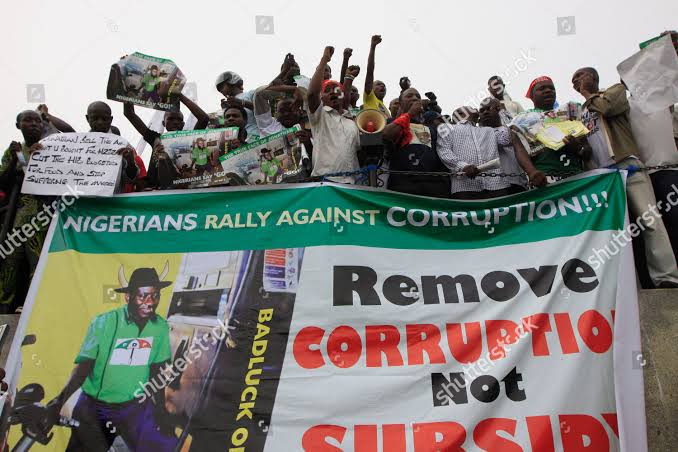 President Buhari, while criticizing previous governments, had said there was nothing like petrol subsidy. He was talking as an expert, being the former chairman of the Petroleum Trust Fund (PTF), under General Abacha.

President Buhari is famous for saying, “who is subsidizing who?”. 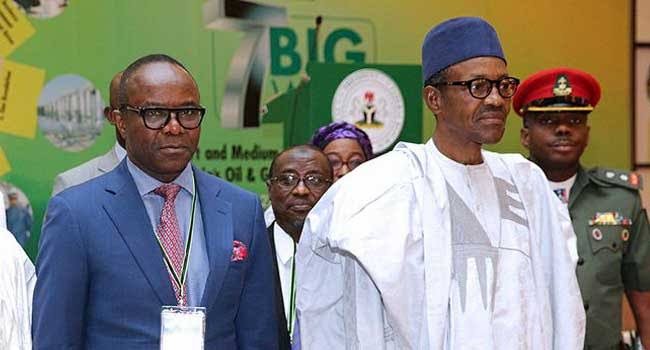 Fast forward to 2020. Not only did President Buhari increase the price of petrol from N87 per litre, to N145 per litre; he removed the subsidy he said was a fraud; but is now still paying subsidy, higher than any of the governments before him!

So, I ask; who is subsidizing who? How can Nigeria be paying higher fuel prices because subsidy was removed, but we are still paying higher subsidy? If there was a fraud before, what do we have now?

President Buhari has been Minister of Petroleum since 2015. He really ought to come out to explain what’s happening with subsidy today. 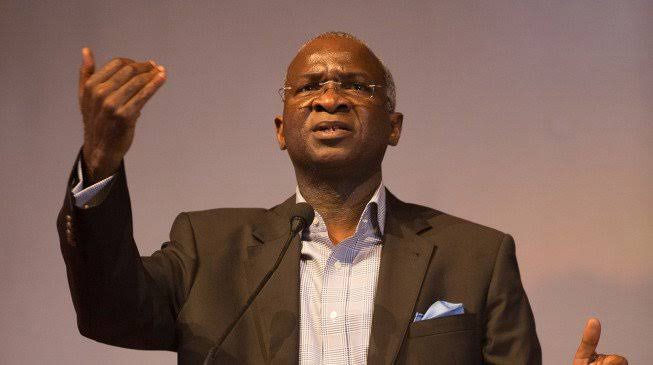 Federal roads have become a nightmare to travel on. They have been like that for years. We criticized the Jonathan government for lack of infrastructure to help Nigerians transport man and materials; and also power homes and industries; and this current government joined in the criticisms.

Five years after, the Lagos-Ibadan express way is still under construction, the 2nd Niger bridge too. Abuja to Kaduna railway is functioning (with old locomotive trains that have broken down a few times), as bandits took over the Abuja - Kaduna express way; but the Lagos to Abuja railway, is still under construction. We hope none of those projects will be abandoned, as many governments start laudable projects, that eventually become white elephant projects.

But the 10,000 mw of Power promised us by this government in their campaigns, is still a mirage. Affordable housing too.

They claim we do no have the capacity to transmit the power generated, so we keep on moving from 0-5,000 and back to 0. And the National grid keeps on collapsing.

Who will save Nigeria now? 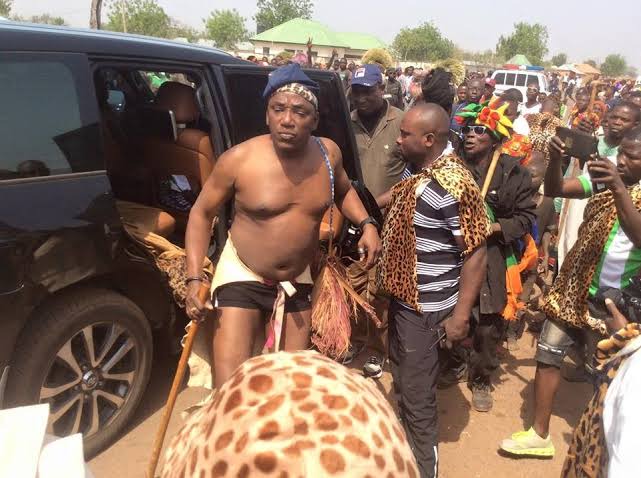 We moved from having Technocrats as Ministers, to having career Politicians as Ministers. Instead of who could do the job better, President Buhari settled party members and allies with Political appointments. 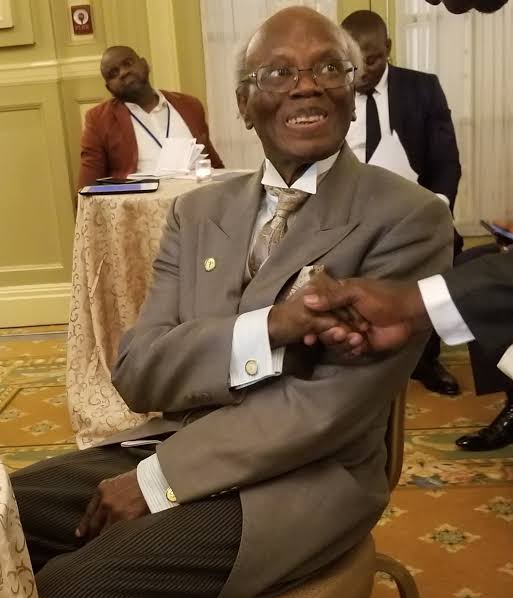 Nigeria’s current Ambassador to the U.S, is an 85 year old retiree. In the 2003 elections, President Buhari lost, and went to court. Justice Sylvanus Nsofor, was the only dissenting voice at the Court of Appeal; on President Buhari’s Appeal. It is alleged, that his appointment as Ambassador, is in compensation for that.

Justice Nsofor is not a career diplomat. In fact, he spent 28 years of his career as a judge, 11 years of those in the Court of Appeal. He retired in 2005. The Nigerian Senate did not approve him for the appointment. He couldn’t recite the Nigerian National Anthem. When asked what IT meant, he said that was for the young Senators and not him. When asked if he wasn’t too old for the position, he asked the senate to query Mugabe. Of course he was rejected.

But, President Buhari kept on re-appointing him. Even though the Department of State Services (DSS) report on him, had also indicted him for being too old for the position. Eventually, the Senate asked him to bow and go. 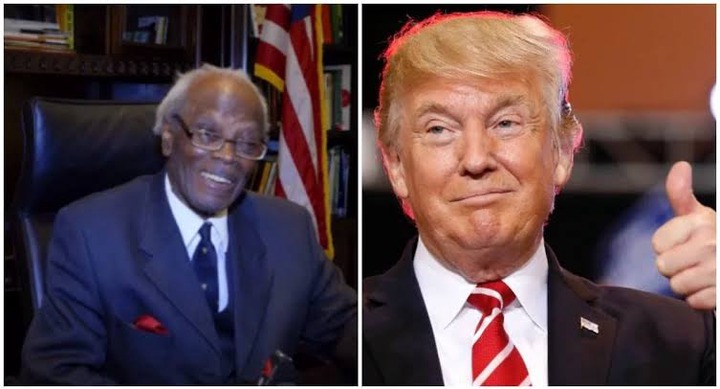 If I was the President of the most powerful country in the world and you sent me someone that old, to represent a country whose population is 60% people under 40 years, I would term you unserious. But, that’s just ‘Jumoke.

America has now put Nigeria on a travel ban alongside other countries with terrorism. I wonder how Justice Nsofor is going to solve this problem. 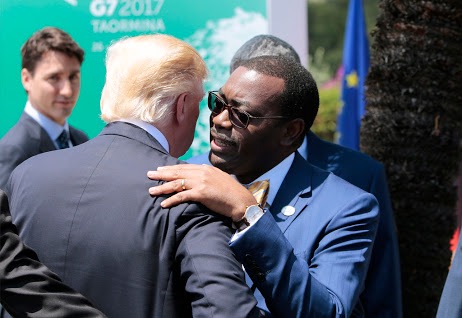 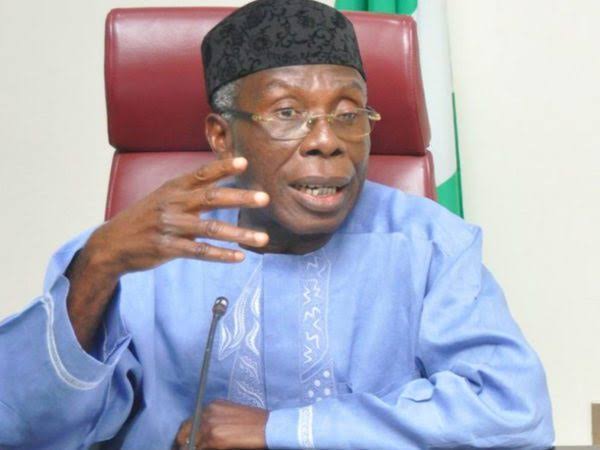 We moved from Dr. Akinwunmi Adesina to Mr. Audu Ogbeh, in the Agricultural Ministry.

President Buhari searched for six months, and came up with Politicians who also needed another six months, to study their assigned ministries. It was not shocking that the country went into recession in 2016/2017. 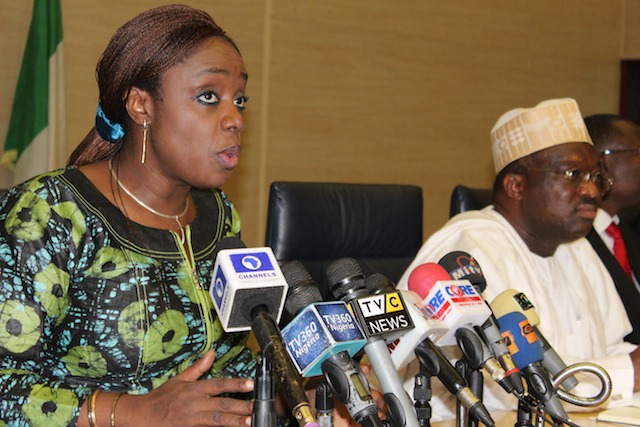 The Minister of Finance at the time, Kemi Adeosun, told us, recession was just a word.

We were fixing round pegs in square holes. And critics of former President Jonathan, are now giving President Buhari a thumps up. 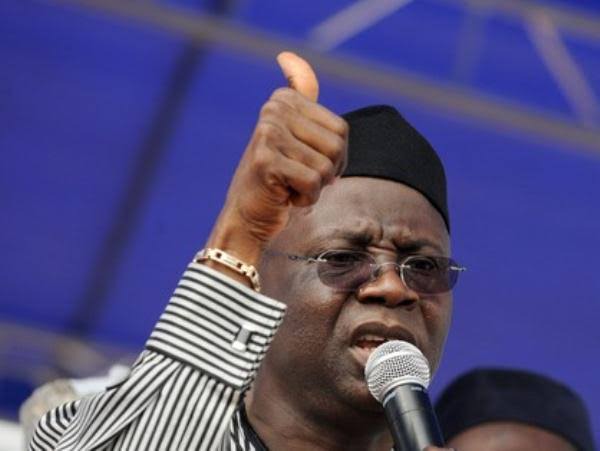 I don’t know how they are awarding the scores. Maybe because Nigeria is saving more and corruption has reduced drastically in this government, than in the previous one. 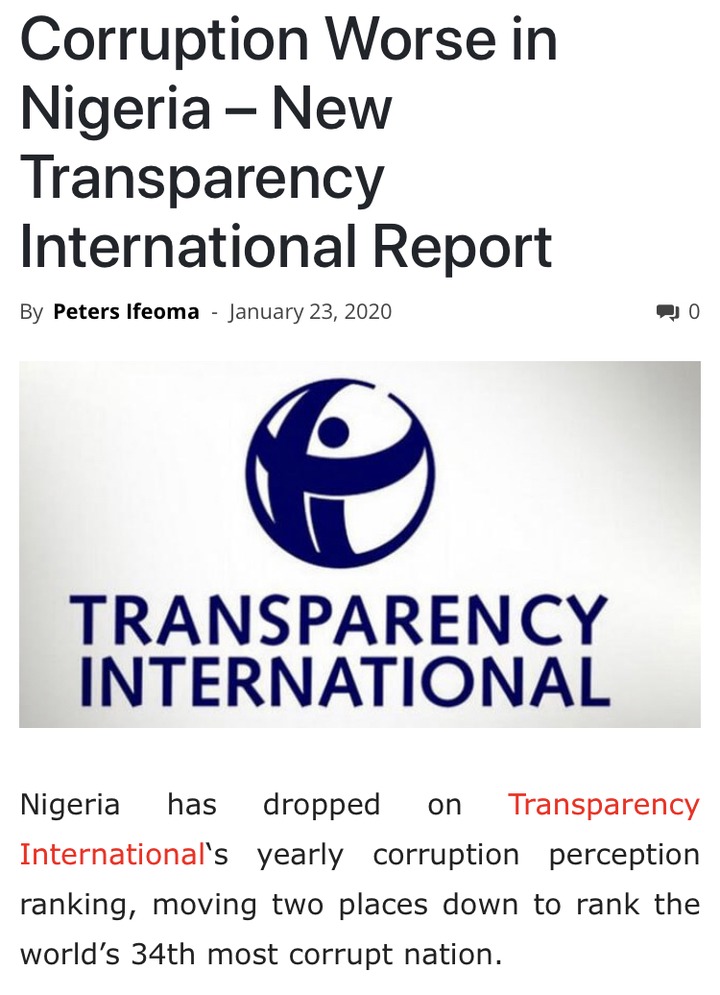 Or maybe Nigeria is now doing better in the human rights department!

Or some of them now have their children or god-children, appointed in government; they no longer see anything wrong with how Nigeria is being run. 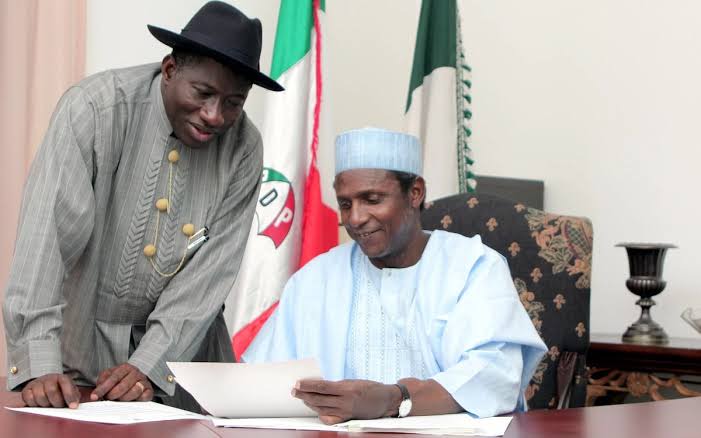 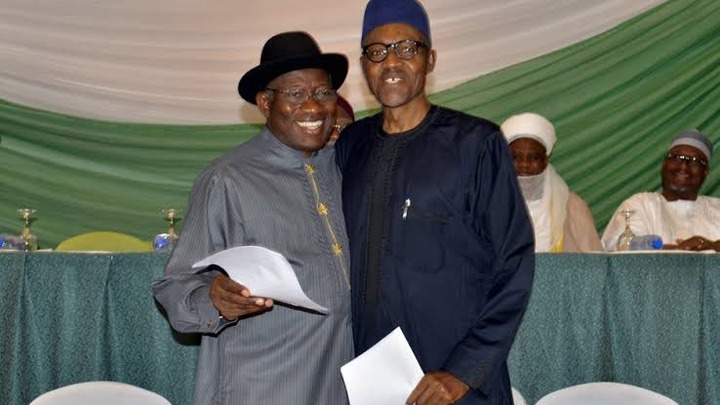 When President Jonathan became acting President in 2009, against all odds; lots of people people changed their names to Goodluck. Most believed his first name was why he was so lucky.

From being chosen as Deputy Governor of Bayelsa State, a Former school teacher; to eventually becoming governor, when his principal was arrested for fraud.

President Jonathan was chosen, because he really didn’t have any political ambitions and was therefore loyal to his principal. President Obasanjo picked him as a running mate for President Yar’Adua. He became President when President Yar’Adua died, while in office, in 2010.

His critics now make him look, not just lucky; but like a genius.